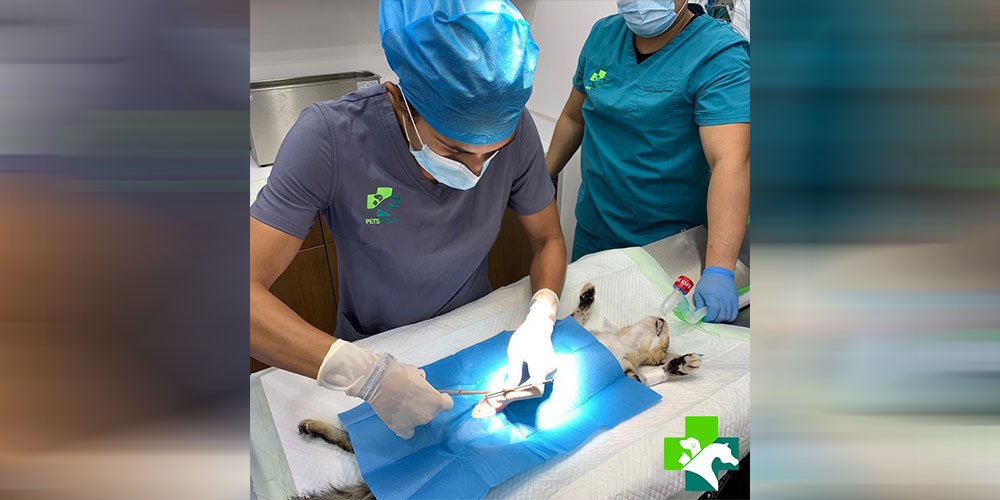 TOP 10 REASONS TO NEUTER YOUR PET

Whether you’ve recently got a pet or you’re considering it, one of the most important health decisions you’ll have to make is to spay or neuter your cat or dog.

Spaying-removing the ovaries and uterus of a female pet is a veterinary procedure that requires minimal hospitalization and offers lifelong health benefits.

Castration-removing the testicles of your male dog or cat will vastly improve your pet’s behavior and keep him close to home.

Not convinced yet? Check out our top 10 reasons to neuter your pet!

Spaying helps prevent uterine infections (pyometra) and breast cancer, which is fatal in about 50% of non-spayed dogs and 90% ofnon-spayed cats. The risk of developing breast cancer drops to less than 1 % if your pet is spayed before the first heat cycle and to 8%if done after one heat cycle. However, if you only spay your pet after two heat cycles or more, the risk increases to 26%.

While cycles can vary, female cats usually go into heat 4 to 5 days every 3 weeks during breeding season. In an effort to advertise for mates, they’ll yowl and urinate more frequently-sometimes all over the house!The heat in female dogs canlast for approximately 10 days and is usually messy: they will drip blood from the vaginal area and crave for attention.

An intact male will do just about anything to find a mate! That includes digging his way under the fence and making like Houdini to escape from the house. And once he’s free to roam, he risks injury in traffic and fights with other males. Your castrated male won’t be as much of an escape artist.

Non-castrated dogs and cats may mark their territory by spraying strong-smelling urine all over the house. Those urination problems can be avoided by early neutering.

It is especially a concern in cats who can contract FIV (Feline Immunodeficiency Virus) or FeLV (feline Leukemia Virus) while mating. Those 2 viral diseases cause immunosuppression, meaning that the immune system of the contaminated cat is severely affected and is unable to respond to any infection and there is no treatment against it. The affected cat will get regularly sick and a simple infection could become deadly.

Don’t use that old excuse! Your pet’s behavior, except of course unwanted sexual behavior or aggression, will remain the same: he or she will still be as playful and as loyal as usual. Now it is true that neutered and spayed pets tend to produce more fat then muscle and hence to put on weight. However, by adapting the food, the quantity given and providing enough exercise, obesity can be prevented.

The cost of your pet’s spay/neuter surgery is a lot less than the cost of having and caring for a litter. It also beats the cost of treatment when your unneutered tom escapes and gets into fights with the neighborhood stray or when your female pet gets pyometra or breast cancer.

If you have multiple cats or dogs of different sex, when sexually mature, your pets will mate when it is the moment.And they could breed between relatives which is a major issues as high levels of inbreeding can impact the health of individual dogs, as it increases the chances of a pet being at risk for both known and unknown inherited disorders.

Also, a female cat or dog will have in average 4 babies, but the number varies a lot from 1 to more than 10!

Some owners try to separate them when the female is in heat, but accidents can happen…

Read Next
KEEP YOUR PET SAFE FROM TICKS (AND FLEAS)