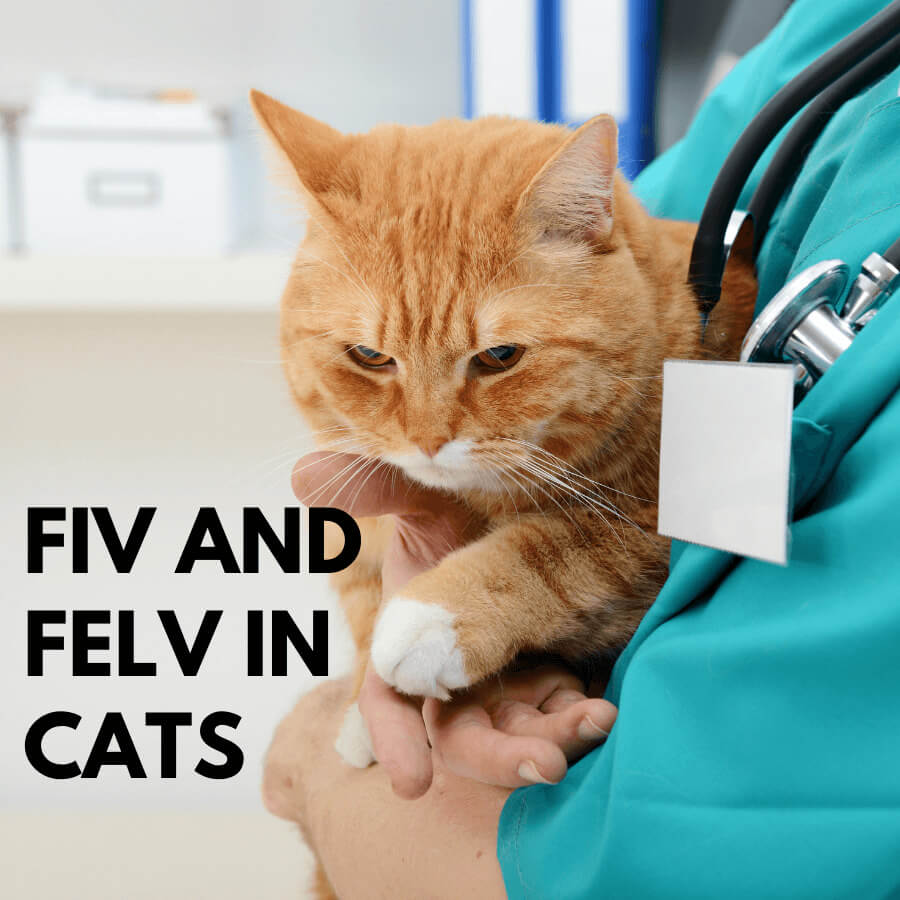 FIV and FeLV in cats 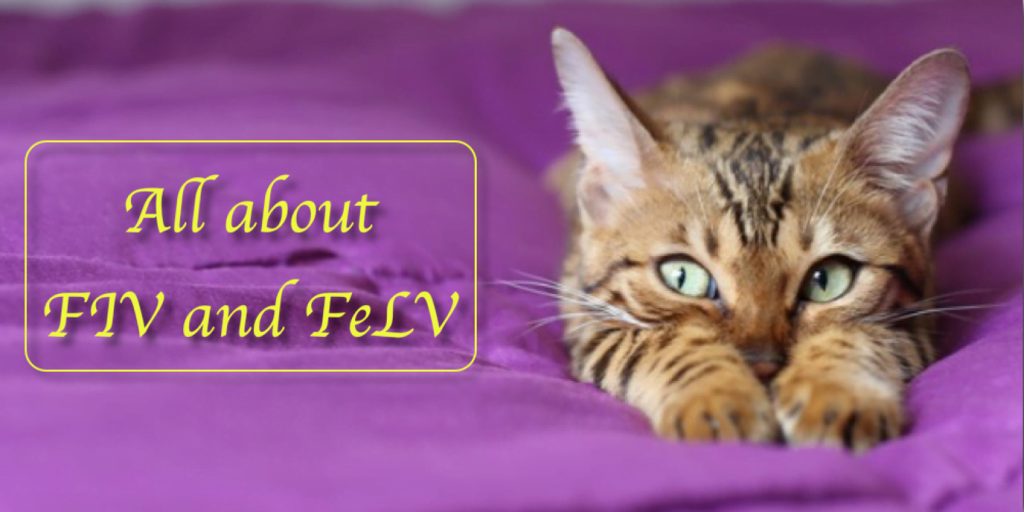 What are FIV and FeLV?

FIV (Feline Immunodeficiency Virus) and FeLV (Feline Leukemia Virus) are both viral diseases cause by a retrovirus. However, unlike most of the viruses that infect cells and then kill them, retroviruses alter the genetic material of the infected cell and turn cells into little virus factories. They will transport their genetic blueprint (single-stranded ribonucleic acid or RNA) from one cell to another in the form of an infectious viral particle. During replication of the virus within an infected cell, the RNA is converted to double-stranded DNA within the nucleus of the newly infected cell by a process called “reverse transcription” – hence the name “retrovirus. This process takes time, so in both cases, cats may be infected for many years before becoming clinically ill. 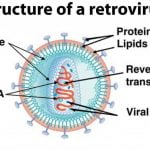 How do cats get FIV or FeLV?

Both FIV and FeLV can be transmitted through bite wounds when an infected cat bites an uninfected cat. However, FeLV is also shed through nasal secretions, urine, feces, and milk, so an uninfected cat can be contaminated through mutual grooming (especially from mother to kitten) or, more rarely, when they share food bowls or litter boxes.

A human cannot become infected through contact with an infected cat.

What are the signs that a cat has FIV or FeLV?

The replication cycle of the virus takes time. It will most often start in the mouth and pharynx and spread from lymph nodes to lymph nodes by infecting various cells, especially T-Lymphocytes and other white blood cells that play a key to the cat’s immune system. So, in the early stages of both diseases, cats often show no symptoms at all. It is common for the cat to become mildly ill several weeks after infection only to return to an asymptomatic state for weeks, months, or even years.

Eventually, the virus will spread through all body and evidence of the cat’s compromised immune system will start emerging as bacteria, viruses, and fungi that would normally be relatively harmless begin to cause illness. Progression of both diseases is unpredictable; cats may become progressively ill over time or experience bouts of illness interspersed with healthy periods.

The most common symptoms are:

To diagnose FIV and FeLV, a quick blood test performed in a veterinary clinic within 10-15 minutes can be performed. However, though rare, it is possible to have some false-positive or false-negative results. 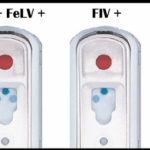 Is there a treatment for FIV or FeLV?

Unfortunately, there’s no specific cure for the virus. But it is NOT a death sentence when your cat is tested positive for one of those viruses!

First of all, you’d do well to have the animal retested after about three months, since the original test may have yielded a false positive. Secondly, some FeLV-infected cats develop an effective immune response, which controls the viral infection and results in a transient viremia instead of persistent viremia. In these cats, subsequent FeLV tests will show that the cat no longer has a virus in its blood. Finally, while there is no complete cure for FeLV or FIV infection, newer treatments and supportive care can often result in several years of relatively good health.

How to prevent a cat from getting FIV or FeLV?

Both FeLV vaccines and FIV vaccines have been developed. However, only FeLV is commonly proposed in a veterinary clinic as there is a controversy on the FIV vaccine efficacy.

With rare exceptions, all cats should be vaccinated against FeLV as kittens, then revaccinated one year later. However, this protocol presents a risk of developing cancer-sarcoma-at the vaccination site. FeLV vaccination does not interfere with the results of FeLV testing.

An FIV vaccination exists but its efficacy against all strains of the virus is yet to be determined. In addition, cats that have received the FIV vaccination may test positive for FIV during routine blood tests, even when they have not been infected.

Read Next
BREAST CANCER IN PETS