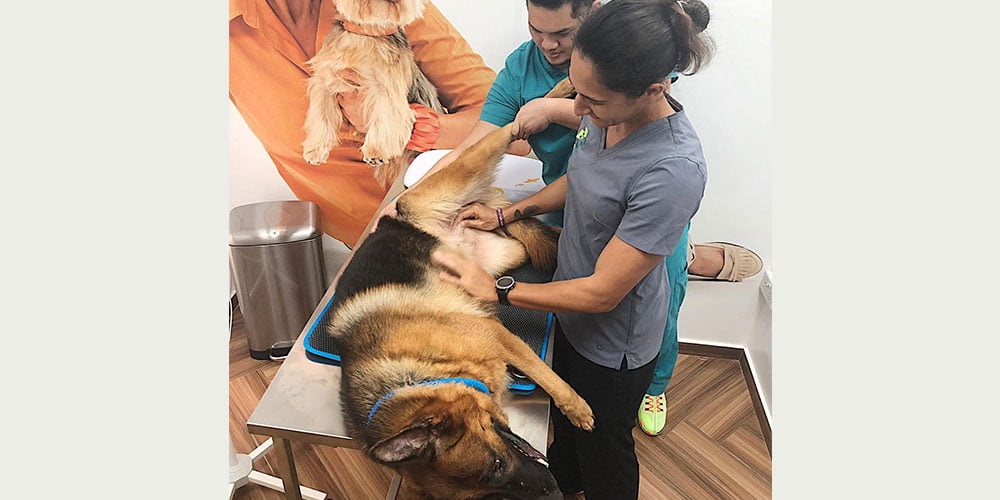 What is breast cancer?

Breast cancer is the uncontrolled growth of abnormal mammary gland (breast) cells. If left untreated, certain types of breast cancer can spread (metastasize) to other mammary glands, lymph nodes, the lungs, and other organs throughout the body.

The exact cause of mammary gland cancer is unknown.

While any pet can develop mammary tumors, these masses are more common in female dogs that are either not spayed or were spayed after 2 years of age. The risk of a dog developing a mammary tumor is 0.5% if spayed before their first heat (approximately 6 months of age), 8% after their first heat, and 26% after their second heat. Cats spayed before 6 months of age have a 7-times reduced risk of developing mammary cancer and spaying at any age reduces the risk of mammary tumors by 40% to 60% in cats. So hormones may play a role.

Also, it was observed that poodles, dachshunds, and spaniels are most affected, as well as Siamese or other Oriental breeds and domestic shorthair cats. And in dogs, obesity at a young age is a risk factor. So, genetics may also play a factor in canine breast cancer.

What are the signs of breast cancer?

A palpable lump underneath the skin of the abdomen is the most common findings in dogs and cats with mammary tumors. That lump can be unique, located in a single mammary gland (the area around one nipple), or there might be multiple lumps located in several mammary glands at once. The skin covering the tumor may be ulcerated or infected. Nipples may be swollen or red, and there may be discharged from the nipple itself.

Also, other signs and symptoms may include discharge from a mammary gland, ulceration of the skin over a gland, painful, swollen breasts, loss of appetite, weight loss, and generalized weakness. 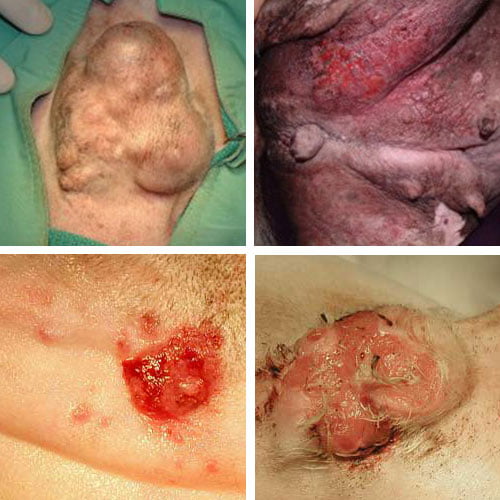 How is breast cancer diagnosed?

There’s no way to determine if the lump (or lumps) is cancerous simply by feeling it. It is why a biopsy will be proposed by your veterinarian to determine the nature of the lump.

Also, local lymph nodes will be assessed for any enlargement. Other procedures to check for any metastasis and to evaluate the general state of the pet such as blood test, chest X-Ray, and abdominal ultrasound may be performed. 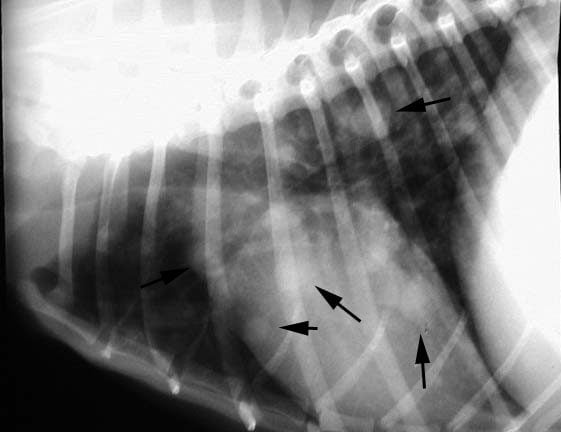 How is breast cancer treated?

Early detection and surgical removal of the masse(s) is the best treatment option.

Because of the high rate of malignancy in cats and the fact that cancer often invades several mammary glands along the same side of the body, a radical mastectomy with removal of all mammary glands on the same side is often recommended. For cats with masses on both sides, 2 separate surgeries several weeks apart may need to be performed.

Unless dogs have multiple tumors, they may not need to have as much tissue removed as cats. Only the mammary gland concerned as well as the 1 or 2 next to it will be removed. And submission of the tissue for histopathology will determine if the tumors have been completely removed.

If your pet still has her ovaries and uterus, your veterinarian may recommend spaying your pet at the time of mammary surgery.

What’s the prognosis after surgical removal?

It all depends on the nature of breast cancer.

If the mammary tumor is malignant, the surgical site and regional lymph nodes should be checked for local tumor recurrence and metastasis, respectively, every 3 months for the first 12 months after surgery and then every 6 months thereafter. Abdominal ultrasound and chest radiographs are also recommended every 3–6 months to assess for evidence of metastatic disease.

In dogs, there are a number of factors that influence the prognosis following surgery. These prognostic factors include tumor size, clinical stage (how far cancer has spread in the body), tumor type and grade, and various other pathologic changes seen in the tumor tissue.  Benign tumors are cured by surgery, although the development of new mammary tumors (both benign and malignant) is possible. There is a poorer prognosis with malignant mammary tumors and it also depends on what type of cancer. In dogs, the size of malignant mammary tumors is an important consideration when determining prognosis, both for local tumor recurrence and survival time. The smaller the mass is at the time of surgery (3–5cm or smaller) the less likely it will recur or spread elsewhere. Dogs can live several years after the complete removal of some malignant mammary tumors. So, once a mass is found, having surgery to remove it earlier is better.

The prognosis for cats with mammary tumors is guarded as mammary tumors tend to be more aggressive and metastatic in cats. Many of the prognostic factors used in dogs also apply to cats, although the extent of surgery is also important in cats. When the tumor is smaller (less than 3cm) when it is removed cats can live a couple of years; if it is larger than 3cm the prognosis for life after surgery is 4–12 months.  Therefore, early surgical treatment is important. In cats, the amount of surrounding tissue removed with the mass can also affect how long they live after surgery. In some cases, survival time after surgery has been tripled in patients treated aggressively with surgery.

Mammary tumors can be largely prevented by spaying before 6 months of age or before your pet’s first or second heat cycle. Other factors that may reduce the incidence of mammary tumors include feeding a well-balanced diet and avoiding obesity and the administration of hormones (particularly progesterone or mixed estrogen-progesterone drugs).